This Jewelry Will Preserve Your Fossilized DNA for 1,000 Years

Talk about giving a personal gift. A group of scientists from Switzerland has developed a line of jewelry embedded with fossilized DNA, the molecule that contains an individual's unique genetic code. Protected by a diamond, the preserved DNA will last for 1,000 years and could be "de-fossilized" and analyzed generations from now by curious descendants. 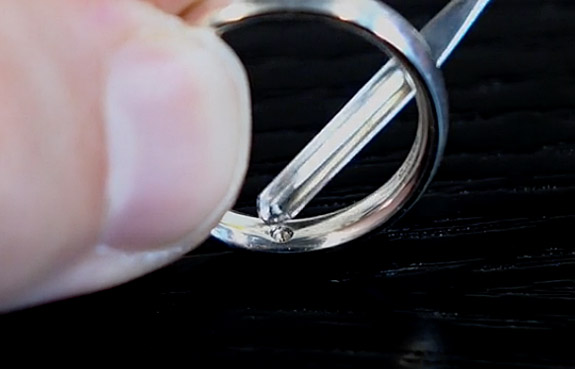 The idea is the brainchild of Swiss chemist Dr. Robert Grass, who was terribly disappointed when he attempted to search the internet for a unique "push present" for his wife. The products available were globally accessible, exchangeable and anything but unique. 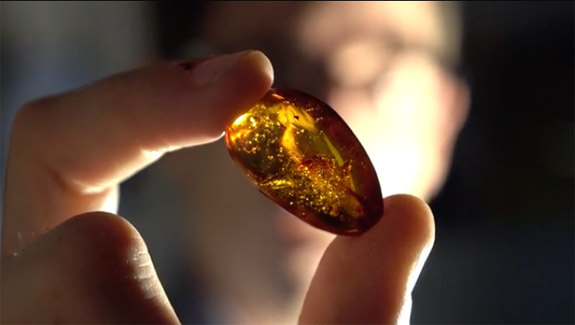 So the scientist got to work on a product line that would tap into his cutting-edge research into DNA preservation. Specifically, Grass and his team had developed new technologies for making DNA storable for millennia, similar to the way the DNA of living creatures is sometimes preserved in ancient amber or bone samples. 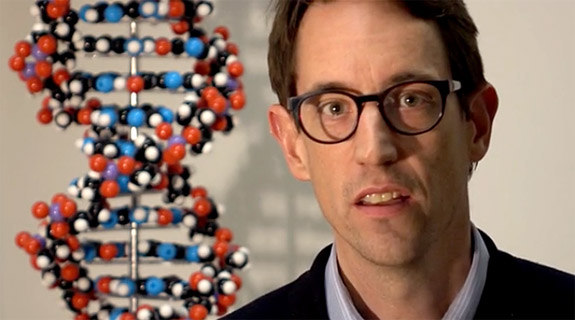 DNA stands for deoxyribonucleic acid, and is the self-replicating material present in nearly all living organisms as the main constituent of chromosomes. It is also the carrier of genetic information. 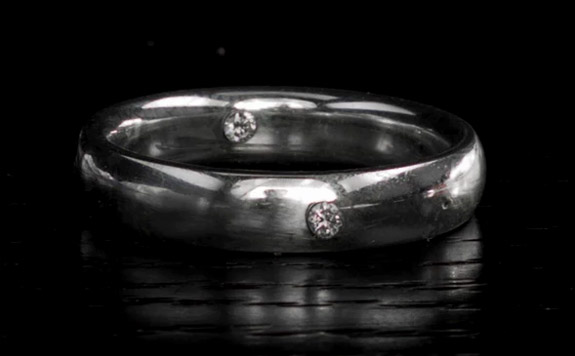 Grass called his DNA jewelry line "Identity Inside" and this is how it works:
• Customers provide a mouth swab sample using a kit provided by the company;
• Grass' team uses a patented process to purify and fossilize the DNA into a pellet of glass-like material;
• The pellet containing the DNA is placed in a shallow indentation on the inside of the ring band. It is then sealed into place by a 2-point round diamond that is set just above the pellet but flush to the band's inside surface.

Under normal conditions, Grass estimates that the DNA material will maintain its integrity for at least 1,000 years.

The Identity Inside line, by Turbo Beads, currently includes two ring styles, a pendant and a watch. The basic ring in brushed sterling silver features the DNA sample and 2-point diamond on the inside of the band. An upgraded version adds a 2-point diamond to the outside of the band. The pendant boasts similar components set in 18-karat rose gold on a black silicon cord. A Swiss-made Langenthal watch features the DNA pellet and protective diamond set in the crown. Retail prices range from approximately $300 to $1,000. 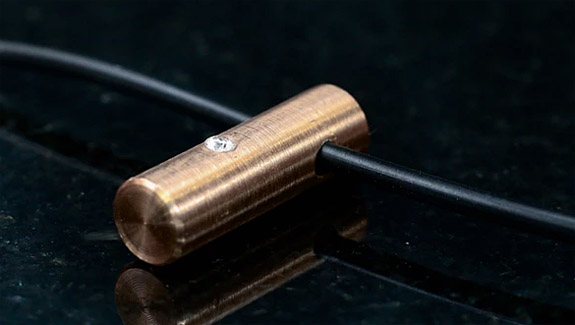 Dr. Grass and his colleagues recently launched a Kickstarter crowdfunding campaign to help move the project forward. To date, the group has raised about $9,000 with a target of $20,000. There are still 18 days remaining in the campaign.

If fully funded, Dr. Grass and his team expect to deliver the first Identity Inside jewelry by Valentine's Day 2016. See the company's Kickstarter video here...

Images courtesy of Identity Inside. Video screen captures via Kickstarter.com.