World–renowned Argentine silversmith Adrian Pallarols is giving Catholics from across the U.S. a unique opportunity to "be in Pope Francis’ hands" when he prays at New York's St. Patrick's Cathedral during his visit in September. 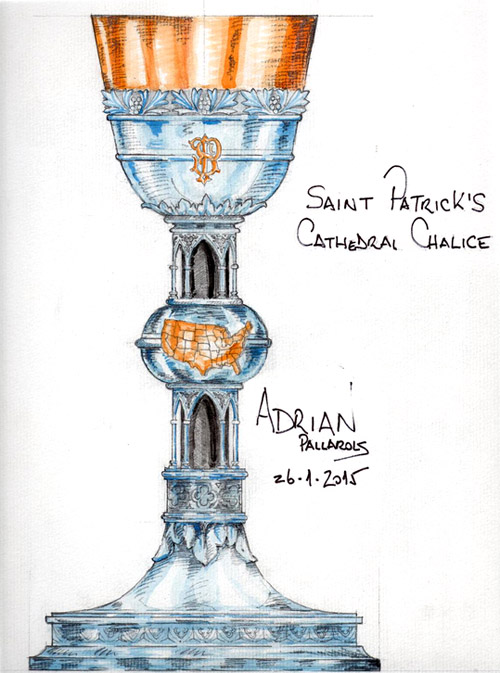 The seventh-generation artisan is asking for donations of sterling silver jewelry and coins that he will melt down to fabricate a very special, all-American communion chalice.

Specifically, the 43-year-old Pallarols made a plea for modest items, such as ”an earring, [or] a little ring you don’t use,” he told Time magazine.

Pallarols’ silver strategy is steeped in symbolism. Even though most devotees will not be in attendance when the Pope celebrates mass at St. Patrick’s Cathedral in September, they can still play an important role in the momentous event.

“Everybody, the whole country, will be in the prayers of Pope Francis here in New York when he lifts the chalice in the consecration,” Pallarols told Time magazine. “Everybody can be in his hands for the prayers.”

His appeal for mass participation aligns nicely with the story of how the majestic St. Patrick’s Cathedral came to be with the help of thousands of small donations from poor Irish immigrants.

Other important symbols on Pallarols’ chalice include the distinctive Gothic architecture of St. Patrick’s Cathedral, a golden map of the United States in the center of the handle, and the golden intertwined initials “S” and “P” (for St. Patrick’s) on the cup.

The exterior of the chalice will be crafted in donated silver, and the inside of the cup will be lined with gold, according to America magazine. The fabrication is set to take place in the basement of St. Patrick’s Cathedral during the few weeks before the Pope's visit. 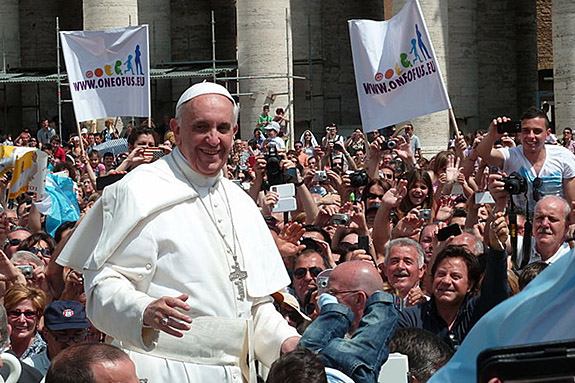 The expected outpouring of generosity will likely result in an overabundance of sterling items, far more precious material than can be used in a single chalice.

Pallarols told America magazine that he guarantees that all the donated objects will be melted down into the ingot of silver from which the chalice will be made.

The excess will be sold, with the proceeds going to the Pope’s efforts to assist the poor in the U.S.

The Pallarols family has been designing extraordinary silver items for dignitaries and heads of state since the mid-1700s.

The family also has close ties with Pope Francis. When the Pope was still known as Cardinal Jorge Bergoglio, the archbishop of Buenos Aires, he presided over Adrian Pallarols' wedding. He later baptized Pallarols' daughter and frequently visited the artisan’s shop to chat about art and music, according to Time magazine.